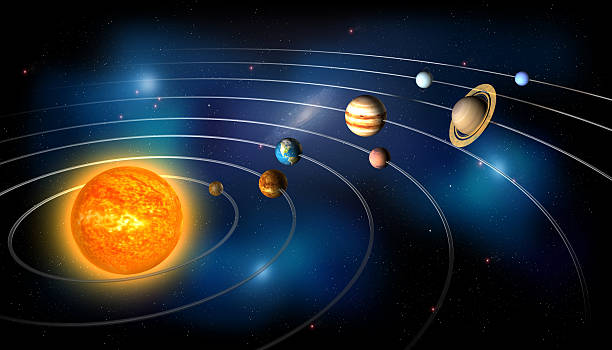 It is no news that our solar system consists of many bodies and elements, ranging from sun which is the biggest, moon, stars, asteroids and planets.

We’ve lived centuries wondering the mystery behind what is holding these things in place and how they operate, benefit us and how they behave.

Scientists have been able to describe all these things for us through researches and consistent findings; we can now see and understand what they look like and what they entail. We even know about other planets different from ours and how they look like, rotate and operate…what an adventure!

Mercury has been discovered to be the closest to the sun but despite this the planet after it, Venus is the hottest with 450 degree Celsius (450°C), what a mystery!, we were able to know that there are uncountable stars in the galaxy and they are actually bigger than how they appear the sky, neutron stars can spin up to 600 times in just a second…astonishing!

There is also the Andromeda galaxy and the Milky Way existing in the space alongside the black hole, massive vapor which is 140 million times bigger than the oceans in our planet and other fascinating things like the sun being the power engine that even illuminates the moon to give light to the earth. Even a volcano called Olympus Mons whose height and width is terrifying exists on the planet mars which is the fourth planet and next to ours.

All these have been possible because science has shaken hands with technology to make them accessible. Technology has developed different instruments, equipment and mode of transportation to space for better research and study.

The space can even be pictured by sending instruments and rockets with telescopes and cameras with high sensors to take pictures of certain things. We even monitor the solar system 24/7 now through various equipment are we are able to foresee dangers, discoveries and other situation pertaining to our planet and other elements in space.

Technology invented the NASA spacesuit and equipped it all necessities that will be needed for travelling to space and it found a way for it to be comfortable and guard the wearer, make them safe and able to carry out their projects successfully. The early astronauts were faced with some illness and diseases brought from space but technology have looked for a way to keep scientists safe from all these and even have comfortable trips with advanced rockets and spaceships.

Even normal humans can still stand on earth and see the wonders of the space through equipment designed, built and invented by technology. We can appreciate the galaxy of stars by making use of the telescope and even take pictures. There is a particular place in New Zealand where the Milky Way is very beautiful and the wonders of the stars can be seen clearly leaving us wowed.

Even with this discoveries in the past and present, technology still strive to know more of this wonderful space and how much more wonders are hidden in it. The mystery behind the sun still remain a wall for technology and as long as this world still exist, technology will never cease to try to find out about the mystery holding it in place. Although the religious people will argue that it can never be found since the solar system is held in place by the supernatural being – God and he has hidden the mystery behind the sun in which no one has been able to get a deeper insight about since its hotness is the biggest stumbling block

Do you think technology will get here someday?

IMPACT OF TECHNOLOGY ON MUSIC
TECHNOLOGY IN OUR DAILY LIVES
Comment