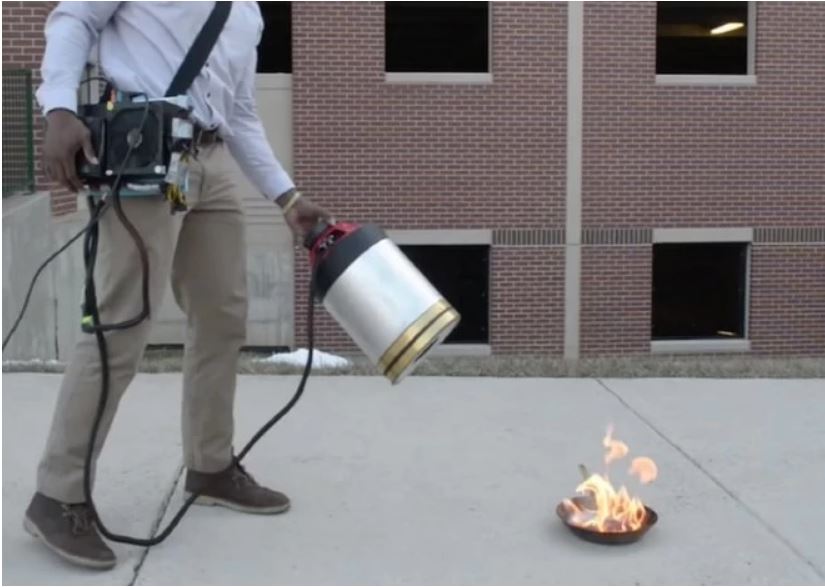 hnology improves daily, tech gadgets that would have sounded weird and farfetched are the order of the day. If you told someone in 2003 that you wanted a smartphone with 20MP camera, you would have been ridiculed. Don’t we have smartphones with 108MP cameras today? Today we are examining weird but useful tech gadgets. Remember that they could be weird today but the norm in the future.

Hip’Safe Protection For The Elderly

Hip’Safe is a wearable airbag that inflates when a fall is detected, guaranteeing safe and soft landing. As humans get older their bones, reflex actions stop being as strong and as fast. With Hip’Safe the elderly and those who need this sort of protection are kept safe from harm.

It is not news that our oceans are being polluted daily with all sorts of substances, especially plastic. Seabin created an ocean garbage removal system that works like a drain, pulling in trash that passes by it.

This technology consists of 2 patches, one on the tip of your finger one close to your ear. What this device does is it reads out the text you touch with the patch on your finger to your hearing. Want to know how to pronounce a word? Translate a word? Need a phrase explained? This device does all that. It can also be of use to the visually impaired.

Want to look corporate and stay try on the way to work? Umbrella Tie to the rescue. This gadget can be very useful during winter or in places prone to sudden rainfall.

This is a specially made armband that absorbs the user’s sweat and turns it into energy that can be used to charge a smartphone. Imagine if this was distributed all over the world? People that live in warmer climates do not need to worry about their phone dying.

Perfect for adventurers and explorers. The wild is unpredictable and this device can potentially save a life by extracting snake venom from the body.

Tarred roads replaced by photovoltaic solar panel roads in textured glass. The point of the solar panel road is to generate electricity and provide safer roads for drivers. The heated runways are helpful in preventing problems with ice and snow in winter months.

Using sounds to quench fire, sounds farfetched, doesn’t it? Researchers at George Martin University proved this to possible. Sounds like heavy bass were discovered to be  put out fires!! What a world we live in.

iPhone tricks you should know about

Big sound from tiny speakers: How Smart Amplifiers Application Does it